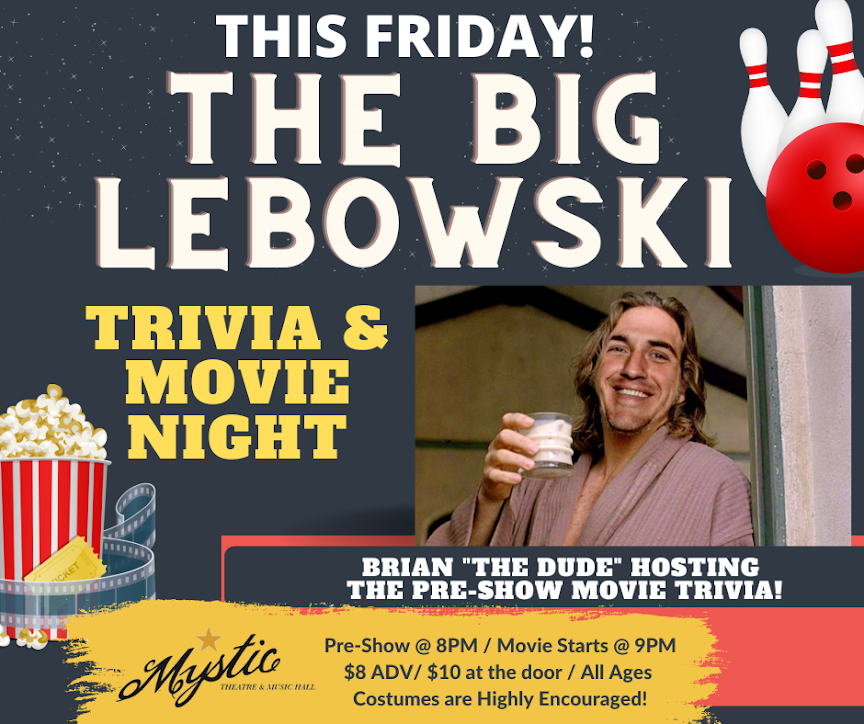 Drink Specials during the Pre-Show.

The film has become a cult favorite, noted for its eccentric characters, comedic dream sequences, idiosyncratic dialogue, and eclectic soundtrack.